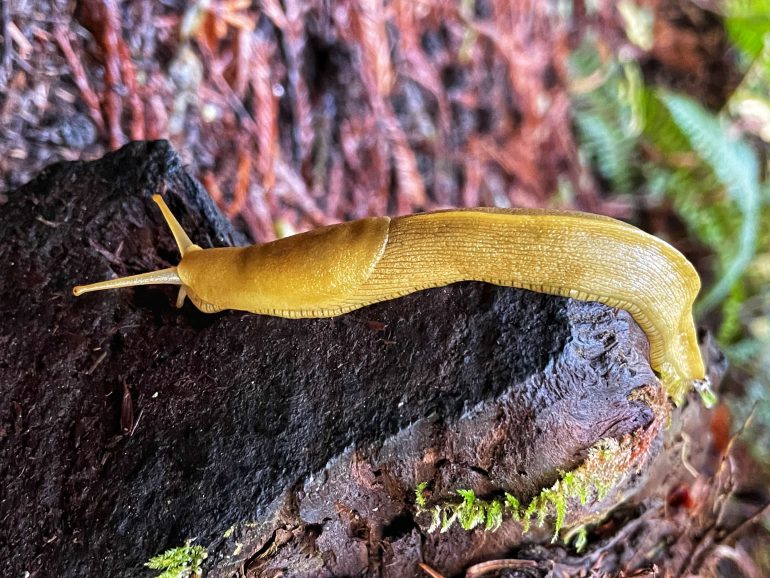 We completed Quests in Jedidiah Smith State Park, Prairie Creek State Park, Redwood National Park, and Patrick’s Point State Park. The best part is that the Quests were all on hikes we had already planned!

What is a Redwood EdVenture Quest?

Redwood EdVenture Quests lead you through a set of rhyming clues to learn more about the local landscape and history. You start by picking up your quest at the local visitor center. Then you just follow the clues.

Once you have your Quest Clue, go to the visitor center indicated on the Quest to claim your patch. Amazingly, each Quest has a unique patch!

COVID considerations: Due to COVID, many visitor centers in the area are closed. No problem! Just print out the quest ahead of time or download it to your smartphone (cell reception is spotty all along the coast). Once you have your Quest Clue, you can request your patch online.

Redwood EdVenture Quests are found throughout Humboldt and Del Norte counties on California’s North Coast. Most within striking distance of Highway 101. You can see the whole map here.

The Quests don’t take much time (30 minutes to one hour), especially with slightly older kids, and are easy to fit into your day. For younger kids, they would be a great way to keep the excitement going on a short hike.

If you’re doing hikes in the Redwood National and State Parks, combine your Redwood EdVenture Questing with a Junior Ranger badge. An epic combo!

In September 2020, Redwood EdVenture Quests added the first bike Quests! The bike Quests use a smartphone instead of a pen and paper. Other than that, they work just like the walking quests. They do cover more ground and use bike-friendly trails.